Q. Will India’s massive second wave of Covid-19 delay or derail the recovery?

A: India’s second wave is unrelenting. We recently downgraded our forecasts accordingly, and now see the economy contracting by an adjusted 10% quarter-on-quarter in Q2, following an estimated gain of 2.6% in Q1.

To be clear, we already were pencilling-in a shallow Q2 pullback, before the eruption in cases, as momentum has been fading. Evidence is building that the release of pent-up household demand is over, leaving spending susceptible to a correction, with confidence still in the doldrums. The Consumer Confidence Survey for Q1 closed before the exponential rise in cases, yet it still showed a deterioration in sentiment, underscoring the jobless nature of the recovery, to date. Meanwhile, companies are seeing no real need to invest. The latest Industry Outlook Survey found that the share of firms which assess their capacity as “more than adequate” to cater to potential demand is the highest it has been since the financial crisis.

The year-over-year GDP growth rate for Q2 will mask the damage caused by the state-led lockdowns, thanks solely base effects. If we’re right about the likely quarterly hit, then the year-over-year increase in GDP would still jump to around 25%, from just below 3% in Q1. Nonetheless, the second wave looks set substantially to mute the spike; we had growth surging—easily—to about 35%, prior to our latest revisions.

Our base case assumes that the damage from the current measures won’t be as acute as last year’s lockdown. But the squeeze probably will last longer, resulting in a more modest bounce in Q3. Local restrictions are likely both to spread and to be tightened, as the week-on-week increase in new cases remains stubbornly high and the positivity rate continues to soar to record levels. Unlike the central government’s June reopening last year, state governments are unlikely to gamble with a premature relaxation, given the greater demands on hospital capacity this time.

The second wave will have a bearing on Q4 GDP, too, even if the case-count is on the way down by then. The pace of vaccination has collapsed by 40%, due probably to a mix of the mobility restrictions, overburdened hospitals, and supply constraints. Crucially, herd immunity is no longer in reach by the end of the year, a goal which seemed possible only earlier this month. Overall, our 2021 growth forecast now stands at 10%, down from 13% previously. 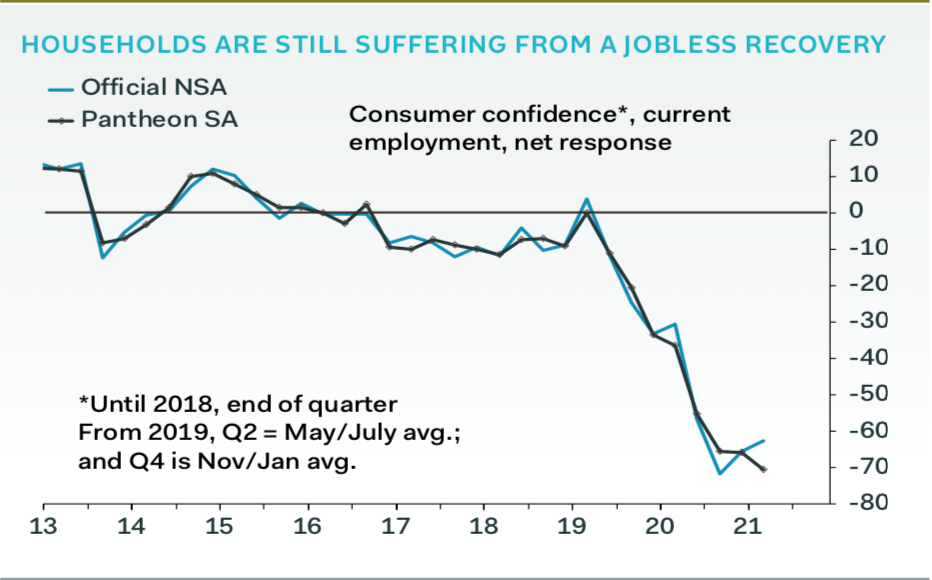 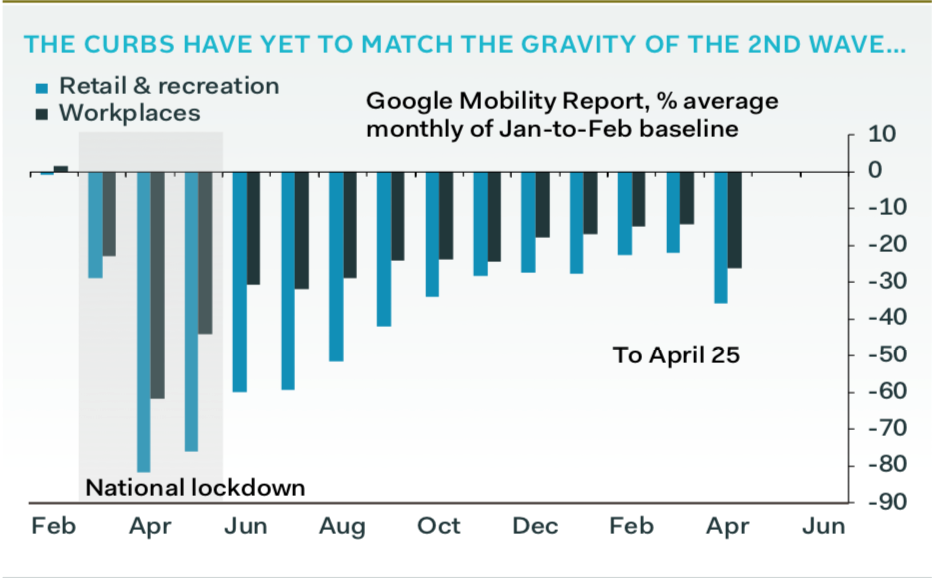 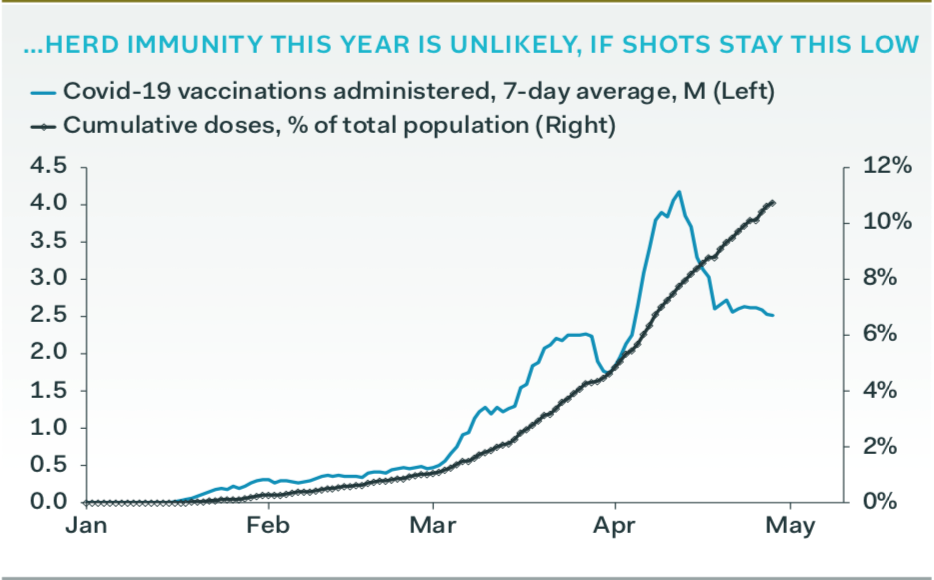 Eurozone Webinar September 2021: Growth In The Eurozone Is Peaking...What Happens Next?

U.S. Webinar May 2021: When Will the Covid is Headed into America's Rear-view Mirror...What Happens Next?

Barron's - China's Latest Numbers Aren't as Good as They Look