Question of the week: What's up with the EZ data in January?

The advance January HICP report in the Eurozone was a corker. Headline inflation leaped by 1.2pp, to 0.9%, and the core rate soared to 1.4%, from 0.2% in December. Sometimes, trends end with a bang and on this occasion we do think the January numbers mark the beginning of more sustained pick-up, after abnormally low inflation in the second half of 2020. That said, it’s still important to separate the signal from the noise. Unless oil prices fall off a cliff in the next few months, the rebound in energy inflation is the beginning of what will likely be a violent increase between now and the the beginning of Q2. Our first chart shows that a simple regression model suggests that energy inflation will peak at around +40% year-over-year in April. If that’s right, this would lift the headline inflation rate by about 4pp, holding all other things equal, pointing to consensus-busting headline numbers in the next few months. Our second chart shows that the ECB’s December forecasts assume a smooth increase in inflation through 2021, but we think this projection will have to be changed significantly come March. In other words, both the central bank and markets could be caught out by the speed with which headline inflation rises over the next few months, but the leap will be temporary in the end, so we don’t expect any major shifts in bond markets, let alone in the ECB’s QE intentions.

In the core, meanwhile, the January jump was driven by a host of one-off factors. The sharp rise in non-energy goods inflation, to 1.4% from -0.6%, was due to the reversal of last year’s VAT cut in Germany and a shift in the timing of French winter sales. The latter will kick into reverse in the February report, while the former will ensure that core goods inflation remain higher than it was in H2 2020, holding other things equal. The doubling in services inflation, however, to 1.4%, is more difficult to explain with temporary one-off factors, though a change in the weights of many of the key components likely contributed to the increase. Overall, we are confident that core inflation is now rising from a nadir in the second half of last year, itself due to one-off factors. But the trend is not motoring higher at the rate implied by the January number. The prospect of pent-up demand and a constrained supply-side driving up core inflation in a full reopened economy is still a key risk, but this is now a story for H2 2021, at the earliest. 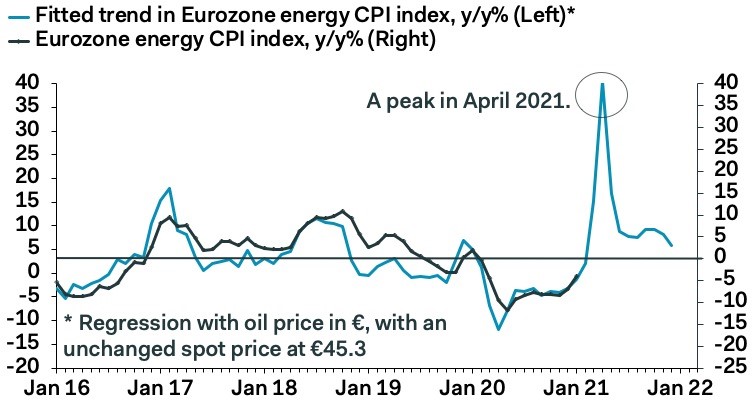 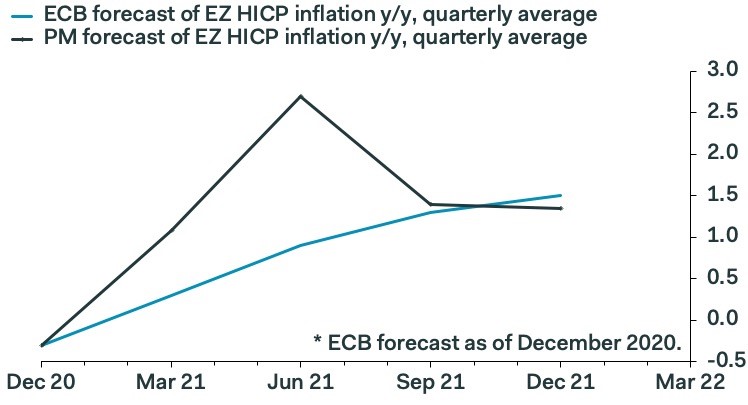 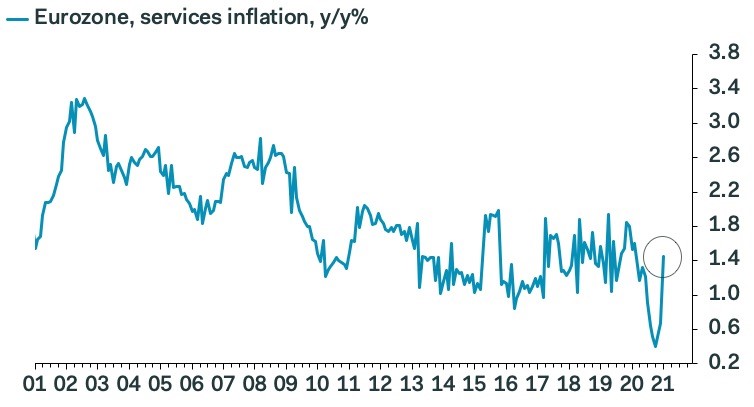 Keywords for: Question of the Week, WC 1st February 2021