Question of the week: What impact will the re-weighting of the CPI have on its potential to rise this year?

The annual re-weighting of the CPI will limit the ability for the headline rate of inflation to pick-up later this year in response to a surge in demand for services. The ONS largely followed its usual method of updating the weights of the components at the start of the year according to spending levels two years previously. But this time, it updated the weights using 2020 consumption data, if spending in a component rose or fell by more than 25% last year, so that the headline rate reflects the current reality better. Of the 87 components, 25 were updated for 2020 spending.

Nonetheless, the dominant impact of the weight changes will be to prevent CPI inflation rising this year in response to any rotation by consumers away from goods towards services. Renewed declines in prices for goods that recently have been in high demand will easily temper the boost to the headline rate from rising services prices. Our second chart below shows the impact on our forecast for CPI inflation of simply moving to the new weights, holding all other factors steady. This is a purely illustrative projection, as we already had partly anticipated the weight changes in our prior forecasts. It shows that CPI inflation likely will be 0.2pp lower this year than if the weights had not been changed.

These weight changes aren’t significant enough to stop the headline rate rising sharply this year in response to higher energy and food prices.  We expect CPI inflation to hit the 2% target in May, and to average 2.3% in Q4. But the core rate likely will remain comfortably below 2% once again this year, placing little pressure on the MPC to begin to warn of higher interest rates ahead. 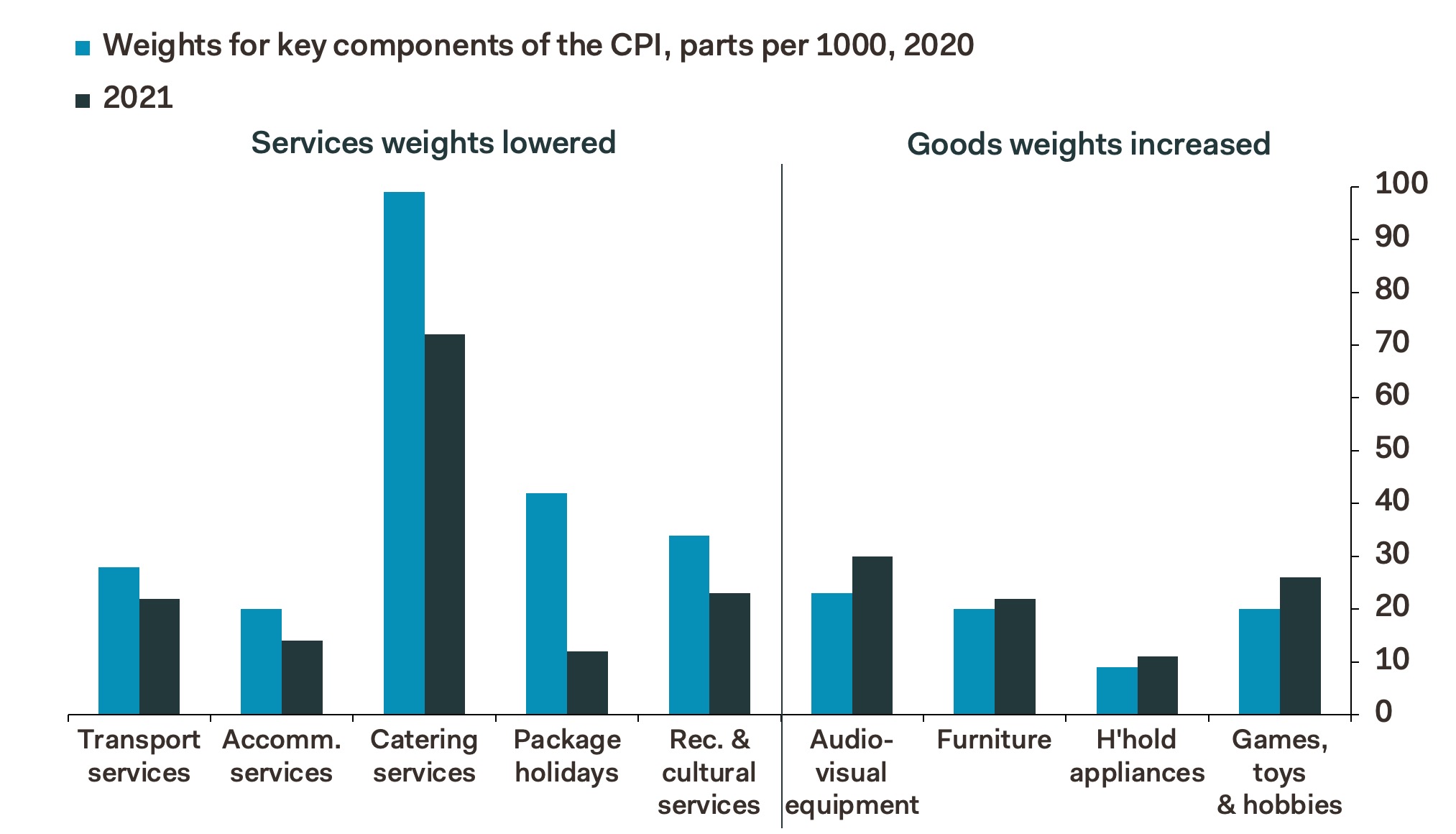 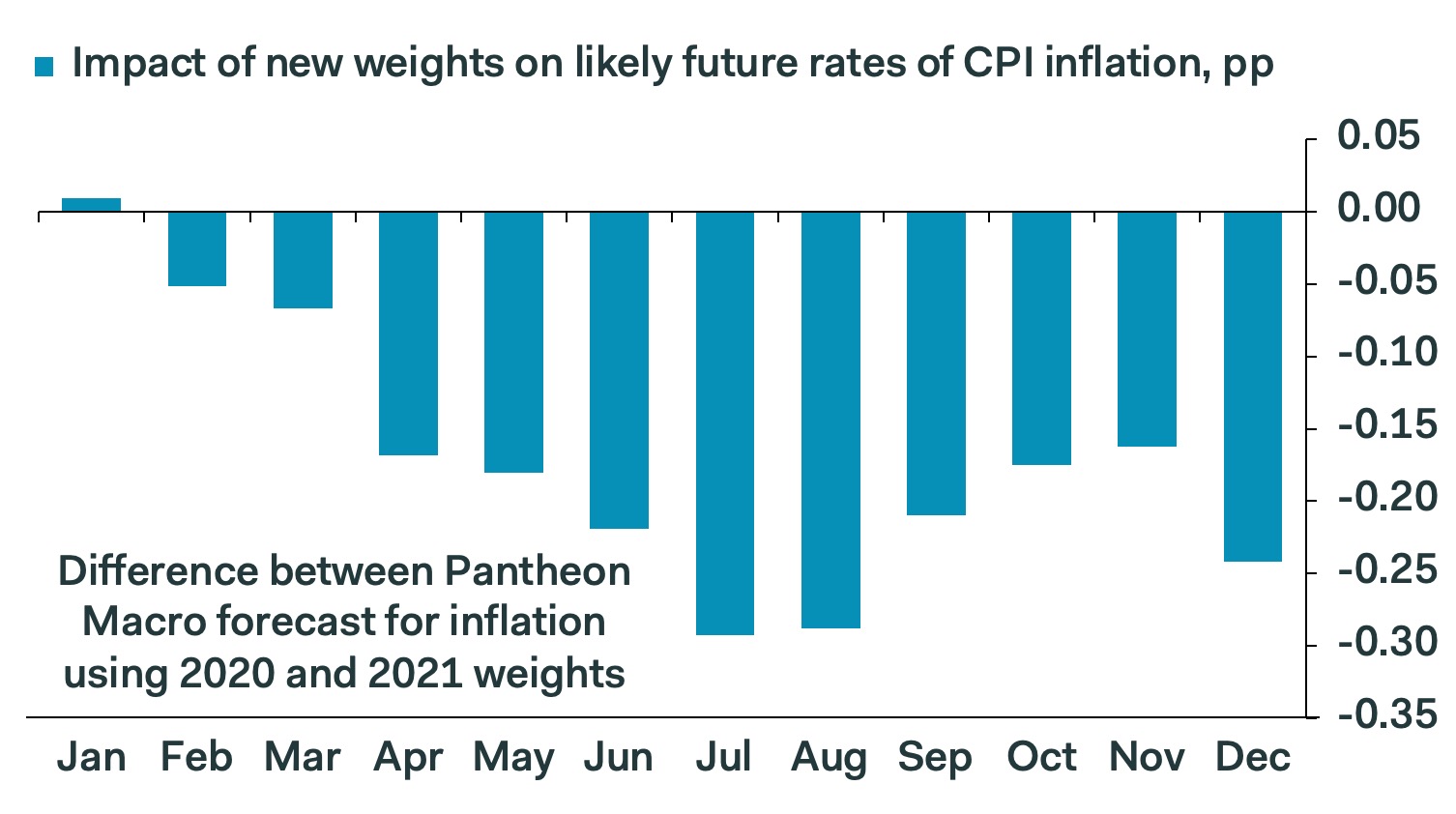 The Telegraph. - Experts warn of a house price crash - but which forecast should we trust?

Keywords for: Question of the Week, WC 15th February 2021