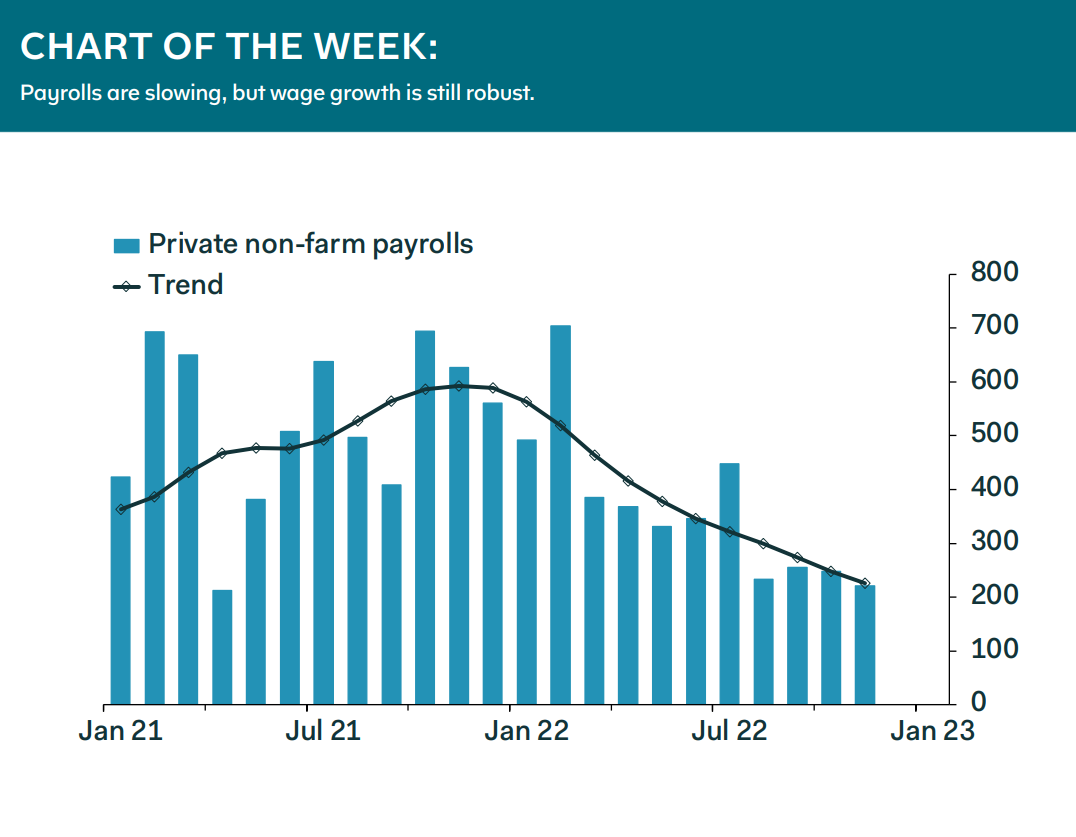 The headline payroll data in the U.S. tell a clear story of a softening labour market. The 221K increase in employment in November was the smallest rise since April last year, and our chart of
the week clearly shows that the trend is easing. We forecast a further fall in the trend to around 150K in Q1, and we wouldn’t be surprised to see much smaller increases in employment by the end of the
quarter. It is more difficult, however, to tell a story of a cooling labour market from the wages numbers. Average hourly earnings unexpectedly surged in November, and the October print was revised higher. It is too soon to say whether this reflects a more sustained upshift in compensation growth—we doubt it—but for now these strong numbers mean that we expect a 50bp rate hike in February, up from 25bp previously

Keywords for: Chart of the Week 7th December 2022