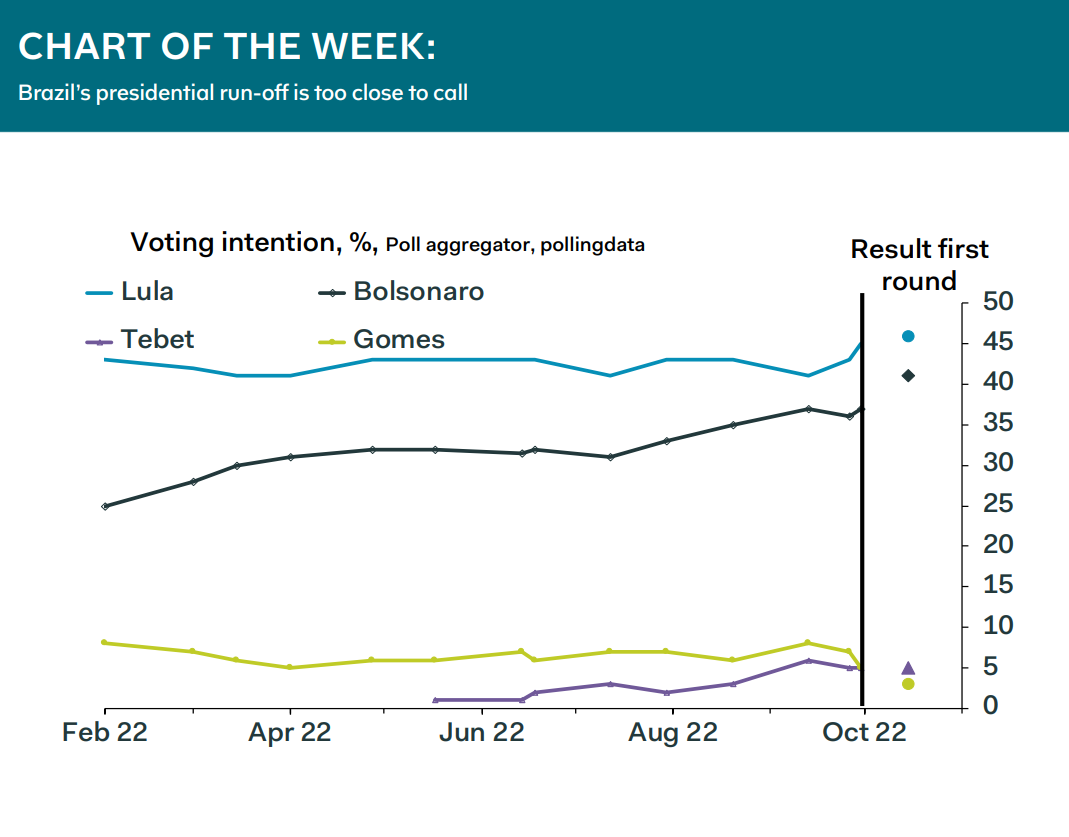 Brazilians go to the polls again at the end of this month, and the run-off between Lula and Jair Bolsonaro is hard to call. Our chart of the week shows that Lula remains the favourite, having won
the first round, with 48.4% of the vote, against 43.2% for Mr. Bolsonaro. The first round winner ultimately has won the presidency in all elections since the early 1980s. That said, the gap between the two has narrowed in Mr. Bolsonaro’s favour recently, as our chart also shows. Note too that some of Mr. Bolsonaro’s supporters secured victories in local elections last weekend, adding to the evidence that the tide is perhaps turning in his favour. The
right-wing lurch in the Federal upper house, which now has the most conservative make-up since the end of dictatorship, also speaks to Mr. Bolsonaro’s momentum. Financial markets in Brazil have been relatively calm in the face of Mr. Bolsonaro’s rise in
the polls, despite the fact that they clearly prefer Lula. This is likely because compromise will be key whoever wins, given the fragmented legislature. The end of political extremism in Brazil is near, we hope.

Keywords for: Chart of the Week 5th October 2022