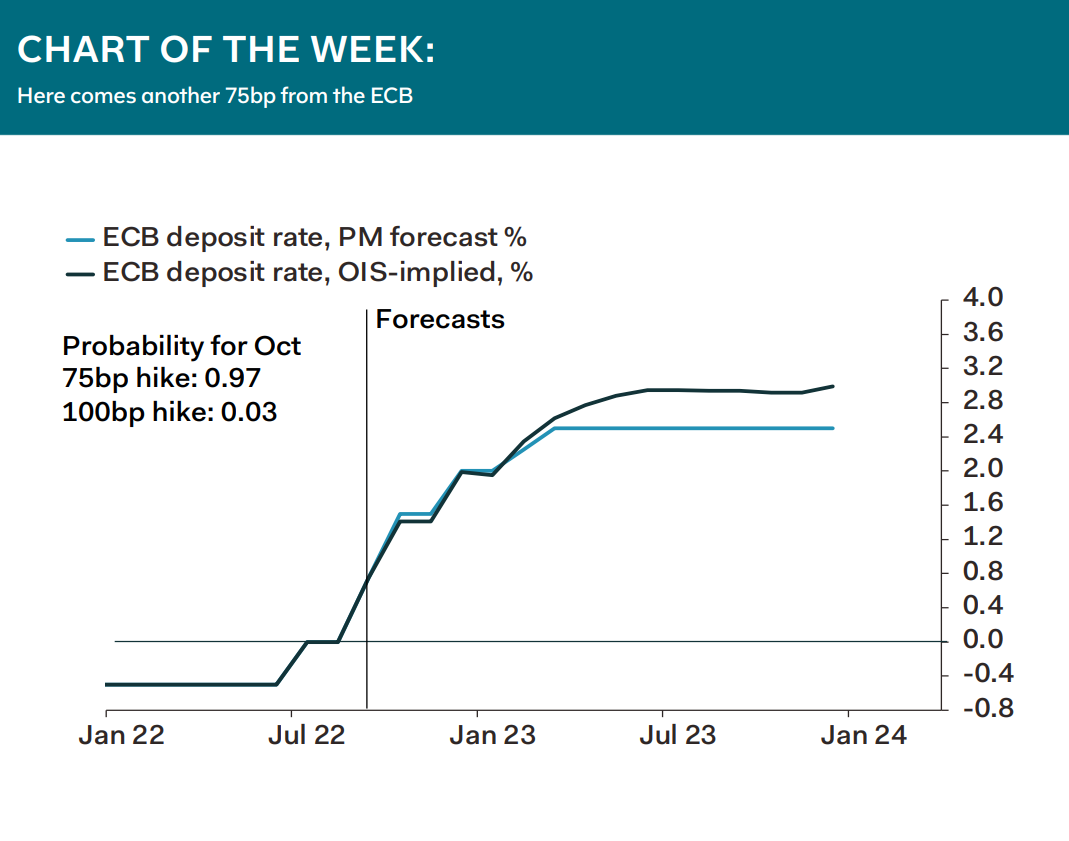 The ECB will continue to tighten the monetary screws this week. We think the central bank will increase its deposit and refinancing rates
by 75bp, to 1.50% and 2.00%, respectively, a move widely expected by forecasters. A 75bp hike is in line with the median prediction of 43 economists surveyed by Bloomberg, and 87% of economists polled by Refinitiv; we are part of both samples. OIS markets also predict a 75bp hike, with a 93% probability, with a 7% risk of a 100bp hike.

Our forecasts, and the consensus, imply that this will be the last 75bp rate hike this cycle, followed by a 50bp hike in December, and two
25bp hikes in Q1. We then see a pause. We doubt, however, that the ECB will use this week’s meeting to signal a slower pace of tightening going forward. After all, the governing council’s expectation that it will continue to raise rates “over the next several meetings” is accompanied by a commitment to be data-dependent and to make decisions on a “meeting-by-meeting” basis. This means that the
ECB won’t decide on the size of the December hike until it sees the Q4 staff projections, available at that same meeting.

EurozoneWebinar, Sept 2022: High Inflation Is Forcing The ECB Into Shock And Shock And Awe; When Is The Pivot?