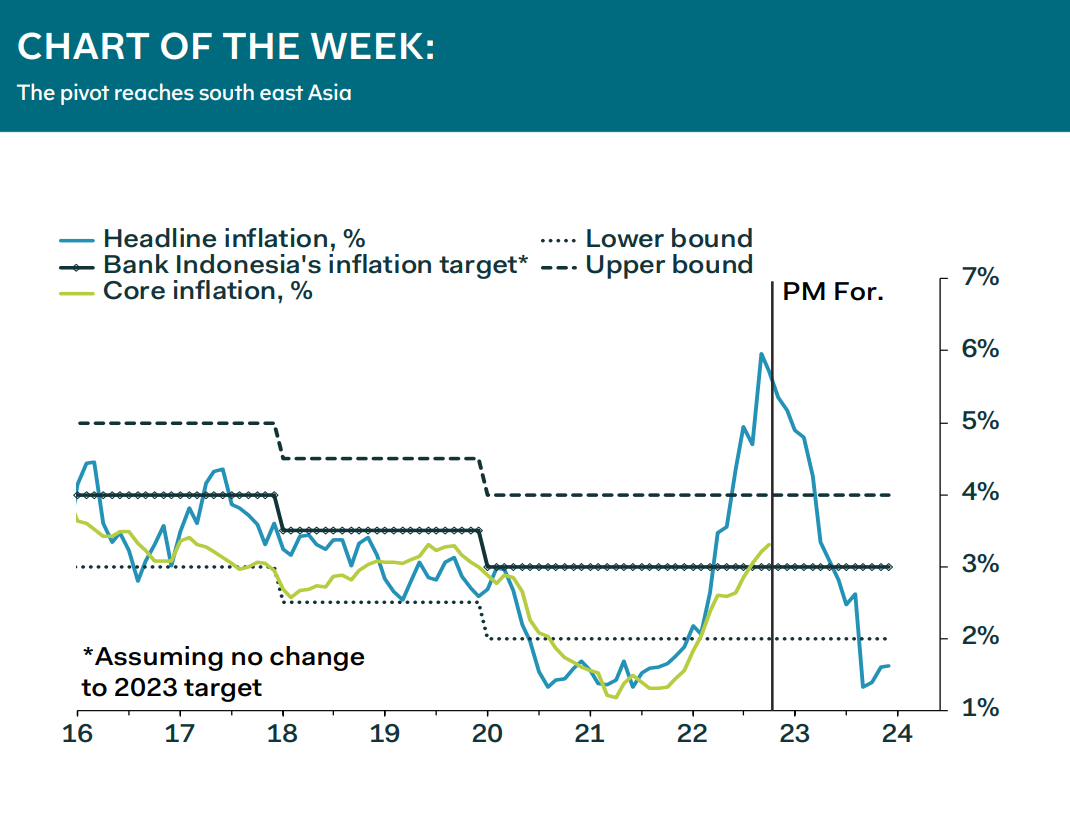 Speculation of policy pivots towards a slower pace of tightening in global monetary policy have intensified in recent months, and they have not reached south sast Asia. Granted, Bank Indonesia and Bangko Sentral ng Pilipinas both raised rates aggressively last week, by 50bp and 75bp, respectively, to 5.25% and 5.00%. We think this marks a peak in the pace of rate adjustment, with a pivot to 25bp and 50bp in the next meeting for Bank Indonesia and Bangko Sentral ng Pilipinas, respectively.

In Indonesia, Governor Perry Warjiyo offered a few hints that pivot is coming with the comment that 50bp represents a “front-loaded” and “pre-emptive” measure. In Indonesia, the central bank remains worried about core inflation, for little reason in our view. Indeed, Governor Medalla all but admitted that domestic economic conditions do not warrant maintaining the current pace of tightening.

EurozoneWebinar, Sept 2022: High Inflation Is Forcing The ECB Into Shock And Shock And Awe; When Is The Pivot?

Keywords for: Chart of the Week 23rd November 2022