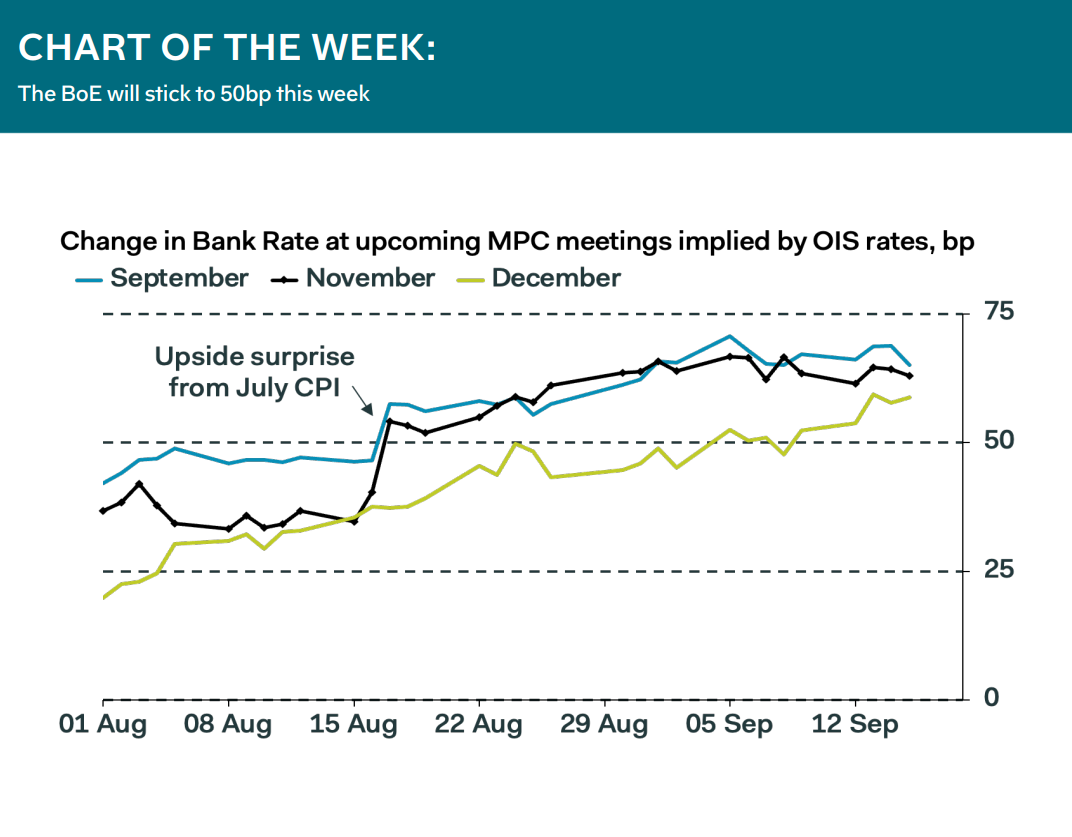 Investors think the most likely outcome at Thursday’s Bank of England policy meeting is that the MPC will increase Bank Rate by 75bp, the most since Black Wednesday, 30 years ago to the day. This would mirror last week’s ECB hike and the increase that looks set to be announced by the U.S. Fed on Wednesday. We agree with the majority of economists, however, that the MPC more likely will stick to another 50bp hike, taking Bank Rate to 2.25%. Hawkish surprises from the MPC have been far less common than dovish ones over the last year. In addition, Governor Bailey has given no clear hints that a 75bp hike is likely, in contrast to his open discussion of a 50bp hike ahead of the August meeting. We think
that the Committee will deem a 50bp increase this week to be consistent with its pledge to act “forcefully”, if it continues to see signs of more persistent inflationary pressures