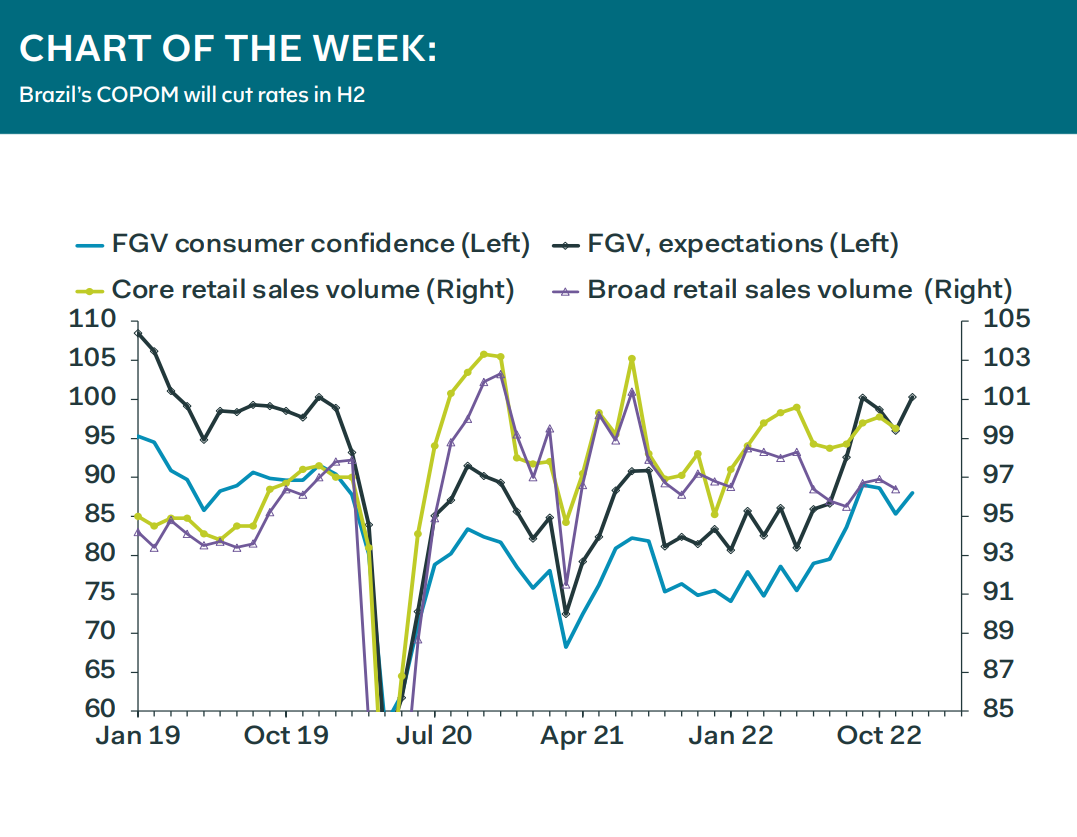 Private consumption is stuttering in Brazil, but spending on goods is relatively resilient, and the modest extension of temporary tax exemptions on fuel will support spending in the near term. What’s more, leading indicators and survey data and the strength of the labour market—though it is losing steam— support our relatively upbeat view for Q1 as a whole.

Growth momentum likely will ease as the year progresses, however, due to the lagged effect of tight financial conditions. Indeed, the latest reports highlight that sectors where spending is closely linked to income continue to drive retail activity, but components linked to credit are performing worse, responding to the tightening of monetary conditions. Sentiment indicators are improving, though, thanks to gradually falling inflation, and further fiscal support. But still-high interest rates will limit the upturn.

We still believe the COPOM will cut interest rates during the second half of the year, assuming the government delivers a credible fiscal plan, easing market fears and allowing the central bank to do its job. We have seen this pattern in Colombia and Chile, where new governments have opted for fiscal orthodoxy, more or less. But, again, the risk of disappointment is elevated.