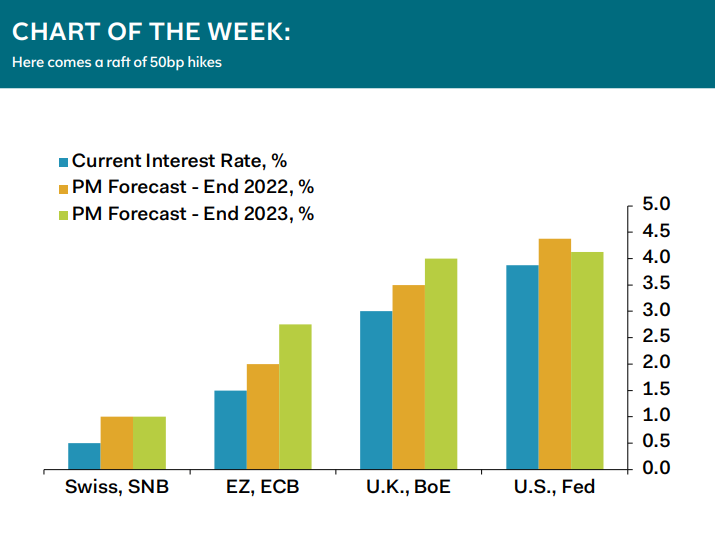 We look for the U.S. Federal Reserve, the European Central Bank, the Bank of England and the Swiss National Bank all to raise rates by 50 basis points at their scheduled meetings on Wednesday/Thursday this week. By the end of the week, the policy rate will be highest in the U.S., where the Fed will have lifted the target range to 4.25-to-4.50%.

Only one of these central banks likely will end its tightening cycle this week; the SNB will reach its terminal rate at the heady heights of 1.0%.  Elsewhere, we think the ECB will announce that it
will soon be following in the Fed and BoE’s footsteps by starting Quantitative Tightening. It will begin by allowing the roll-off of maturing QE assets—similar to the Fed’s approach—probably shrinking APP assets to the tune of €25B per month. It will be a
while before the ECB joins the BoE and starts to sell QE assets outright in order to speed the reduction of its balance sheet.

Keywords for: Chart of the Week 14th December 2022